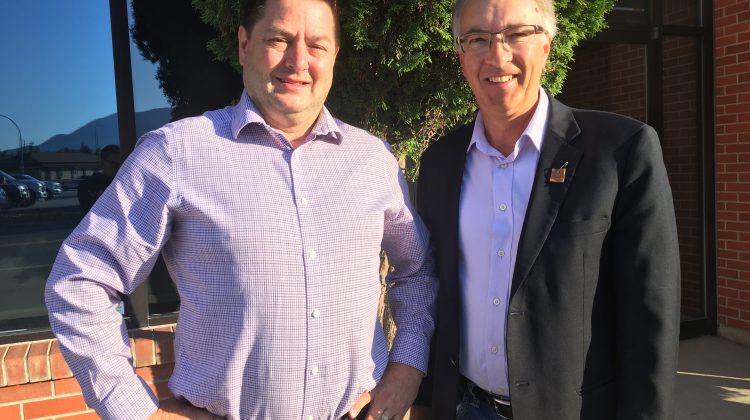 The Liberal Party said it has made some changes to critic roles to focus on how the NDP government has been responding to the COVID-19 pandemic.

“Tom has been a champion for his community for years, and I look forward to seeing him bring that same passion and dedication to making the NDP government accountable,” said Wilkinson. “Our renewed direction has been shaped by conversations with thousands of British Columbians in every corner of the province as we developed ideas and solutions to help people, non-profits, and small businesses that are all struggling right now.”

Shypitka said his role has been expanded to include critiquing petroleum resources as well. New responsibilities will encompass issues such as the Trans-Mountain Pipeline project, which he feels should be completed.

“The current government is well documented in saying that they’re going to use every tool in the toolbox to stop this project from going forward,” said Shypitka. “This represents a lot of economic opportunity for indigenous and non-indigenous communities across rural British Columbia, it gives people skills training for those kinds of jobs and it gives people a hand up instead of a hand-out.”

Shypitka’s position has remained largely the same, however, and he said he is pleased to have this role in the party renewed.

“In the last four years, I’ve built a real bond with the mining community,” said Shypitka. “I’ve really fallen in love with the role. I’m really starting to understand it now, its a pretty complex file. To be re-named Energy and Mines Critic for B.C. is an honour.”