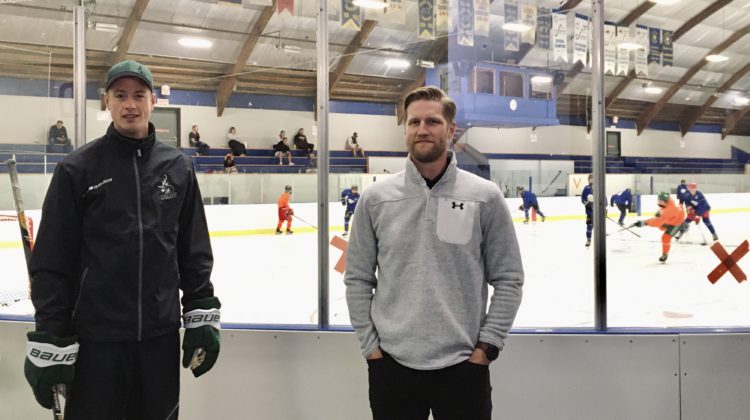 The Cranbrook Bucks are holding their first official on-ice sessions as the BCHL’s newest franchise, hosting 38 skaters at Cranbrook’s Memorial Arena for their inaugural Rookie Camp.

Starting Monday evening, the skaters will participate in various on-ice and off-ice sessions through to Thursday.

It’s been a longer road than many would have expected this year, given the COVID-19 pandemic, but the team is grateful to now be on the ice and start to put their program together.

“It’s been a wild summer for everybody,” Ryan Donald told MyEastKootenyNow.com, Head Coach and General Manager of the Cranbrook Bucks. “Getting the kids back on the ice and getting back into what feels a little bit like normal has been really good and everybody in town has been great. Obviously, everybody’s really understanding of the measures you have to have with on the ice, locker rooms, some of the hurdles that we’re going through, but once you get on the ice it feels nice.”

Rookie Camp is providing the Bucks’ coaching staff a chance to evaluate players that could either help fill out the team’s roster for their inaugural season in the BCHL or be signed as an affiliate for the team.

“We’re using it to evaluate guys whether its short-term, medium-term and ultimately at the end of the day, open our doors here in Cranbrook to show people what we have and what makes our town unique. It’s a hockey town where they can get into town and feel that a little bit more, which has been really good,” said Donald. “The ice sessions so far have been great, whether it’s players that are going to be competing for roster spots for our team this fall or players we’re looking to affiliate and kind of build that relationship with for future years.” 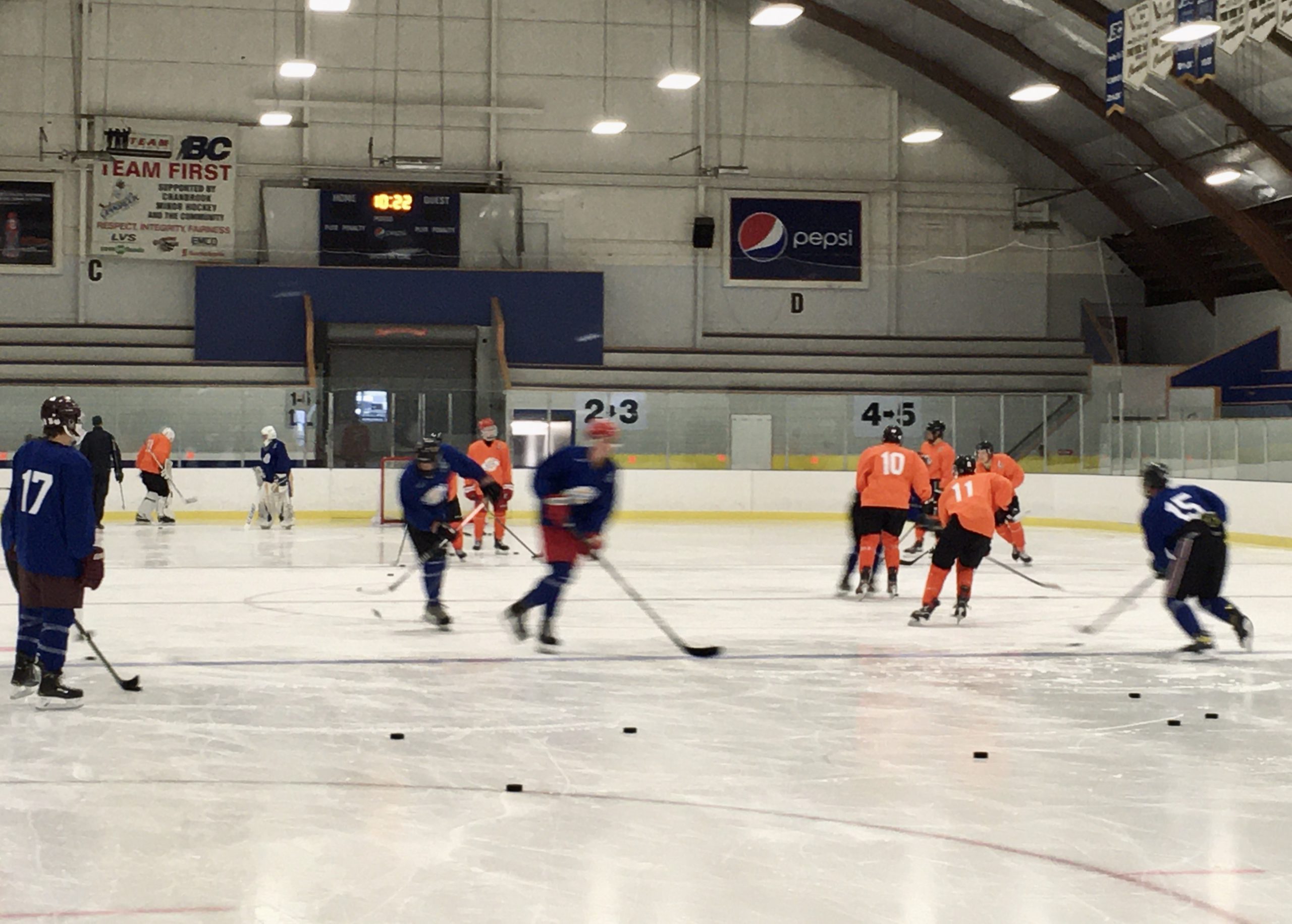 The team’s 14 commitments (eight forwards, five defensemen, one goalie) will all join the team for Main Camp in late September, providing potential prospects to fully showcase their talent to the Bucks coaching staff this week.

“This has been a good opportunity – and in fairness to some of the other players that we’re still looking at, wanting to get into town, shake a hand, and put a face to a name – that we’re giving them that chance. The guys that we’ve obviously committed to are going to be with us towards the end of September once we kick off our Main Camp.”

Trying to provide as much normalcy as they can under viaSport guidelines for the COVID-19 pandemic, Donald said it’s nice to just get the players on the ice at the Memorial Arena and to have them get back in the motions of the upcoming hockey season.

“You get on the ice and you start hearing the pucks bouncing around, the Zamboni come on, it feels like we’re getting back there which is good. I know everybody’s looking forward to it on all fronts, that’s in real life with school, with everything for kids but that’s the important stuff, that we’re doing it right, and we’re giving these kids a chance to get back on the ice, and feel like we’re starting to get there.”

Rookie Camp is not open to the general public given COVID-19 restrictions, with just one spectator allowed per player. Opening on Monday with the first pair of practices, Rookie Camp will officially close on Thursday afternoon with exit meetings for each player. Being held at Memorial Arena, the Cranbrook Bucks would use Western Financial Place for Rookie Camp, but renovations to the ice sheet and arena are still underway and should be finalized in the coming days.

The Cranbrook Bucks are currently slated to open their inaugural season in the BCHL on December 1st.