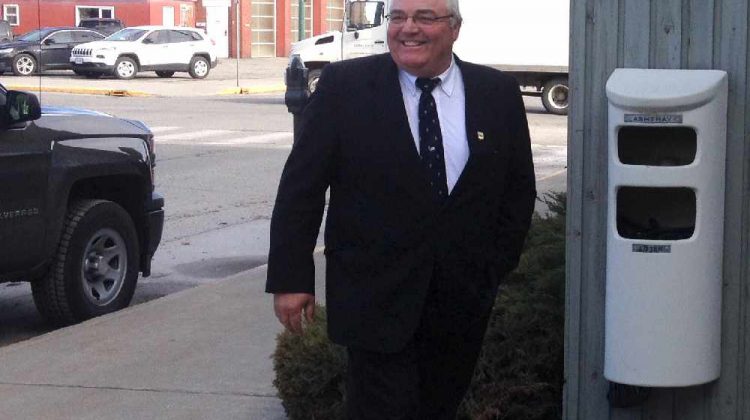 It was a groundbreaking day in Cranbrook BC Supreme court, as verdicts were delivered on the trial that has been decades in the making.

Winston Blackmore and James Oler have both been found guilty of one count of polygamy by a B.C. Supreme Court Judge.

Justice Sheri Donegan ruled in Cranbrook B.C. Supreme Court Monday that both were guilty of the offence, marking the first such ruling in Canadian history.

“Today the court concluded that the crown had proven all the essential elements of the polygamy charges against Winston Blackmore and James Oler,” said Dan McLaughlin, Communications Counsel for the B.C. Prosecution Service. “As a result, the court has directed a finding of guilty. The court has not however entered convictions at this stage.”

Donegan ruled that Blackmore entered into and practised polygamy while married to his only legal wife Norma Jane Blackmore.

Testifying at the trial, Donegan ruled that Jane Blackmore’s testimony was credible and reliable. Using the majority of her testimony, alongside FLDS marriage records, Donegan ruled Blackmore was entered and practised polygamy with 24 women, all deemed to be “celestial marriages” as per FLDS belief.

Throughout the statement, Blackmore confirmed to RCMP who he was married to, the age when they were married and when they had their first child.

In addition, James Oler of Bountiful was also found guilty entering into and practising polygamy. Donegan used a lot of similar findings by the Crown in Oler’s ruling except for separate utterances that Oler gave to RCMP in both 2005 and 2006 when they were conducting their investigation.

Donegan said the Crown had, “overwhelmingly proven beyond a reasonable doubt” that both were guilty of the offence.

In the verdict, Donegan said the Crown had proven both the transaction and status of the offence as outlined in the Criminal Code of Canada.

Under Section 293 of the Criminal Code of Canada, Blackmore and Oler could each face maximum imprisonment of 5 years.