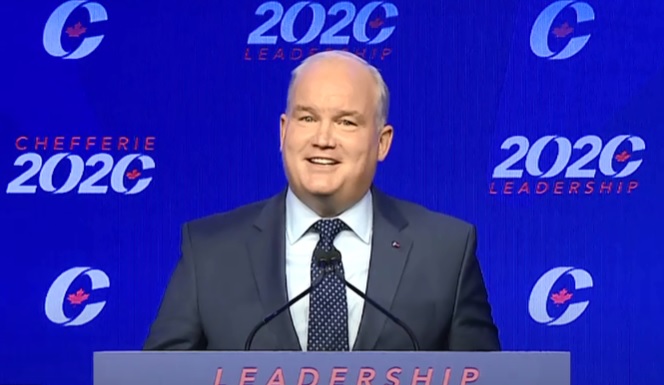 Toronto-area MP Erin O’Toole is the new leader of the federal Conservative party.

O’Toole was announced as the winner of the four-person race on the third ballot late Sunday night, garnering 57% of the votes over second-place finisher, Peter McKay.

Voting was delayed for hours after a machine used to open the 175,000 mail-in ballots began slicing some ballots into pieces. All those voting sheets had to be re-done by party officials.

Following his victory, O’Toole said the Conservative party under his leadership will be a party for all Canadians regardless of their race, religion, economic status, education or sexual orientation.