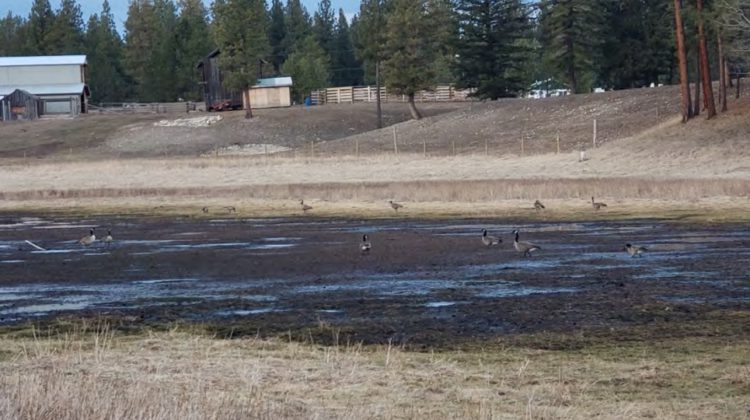 The kettle pond on Stan Doehle's property in the RDEK's South Country in 2020 which has since dried up after being full back in 2017. (Supplied by RDEK)

Since the Elko Dam was decommissioned in 2016, water levels have receded significantly in Elko, Baynes Lake, and Kikomun Creek Provincial Park, threatening the community water supply and leading to a potential “environmental disaster” in the area.

The Regional District of East Kootenay (RDEK) Board of Directors heard the findings of recent and ongoing studies from both Stan Doehle, Electoral Area B Director, and from Tom Shypitka, MLA for Kootenay East.

“The main concern is we don’t have any water,” Doehle told MyEastKootenayNow.com. “For the last three years the Elko Dam has not been operating so, the sinkhole area, it resides in the headpond of the Elko Dam, has had no water in it. This is the first time in 40 years or longer even than that that we’ve had an event like this.”

Doehle said the community water supply is being put at major risk, let along the environmental impacts.

As per the scientific findings from the RDEK, they believe the closure of the Elko Dam in 2016 has had detrimental impacts to water levels in Elko, Baynes Lake, and Kikomun Creek Provincial Park. They are seven sinkholes in the Elko Dam head pond that feed the local watershed through an aquifer. The RDEK’s scientific findings indicate the head pond needs to be 917 metres in order for those sinkholes to be “wetted” or filled with water. According to the RDEK’s findings, there has been a seven-foot drop in water levels at area lakes and ponds since 2017, which is when the sinkholes were no longer being “wetted”.

At some point, the RDEK says a berm was constructed by BC Hydro or East Kootenay Power blocking the Elk River from naturally filling the sinkholes. While the berm was partially removed in 2009, the decommissioning of the Elko Dam is believed to have an immediate effect on the sinkholes. 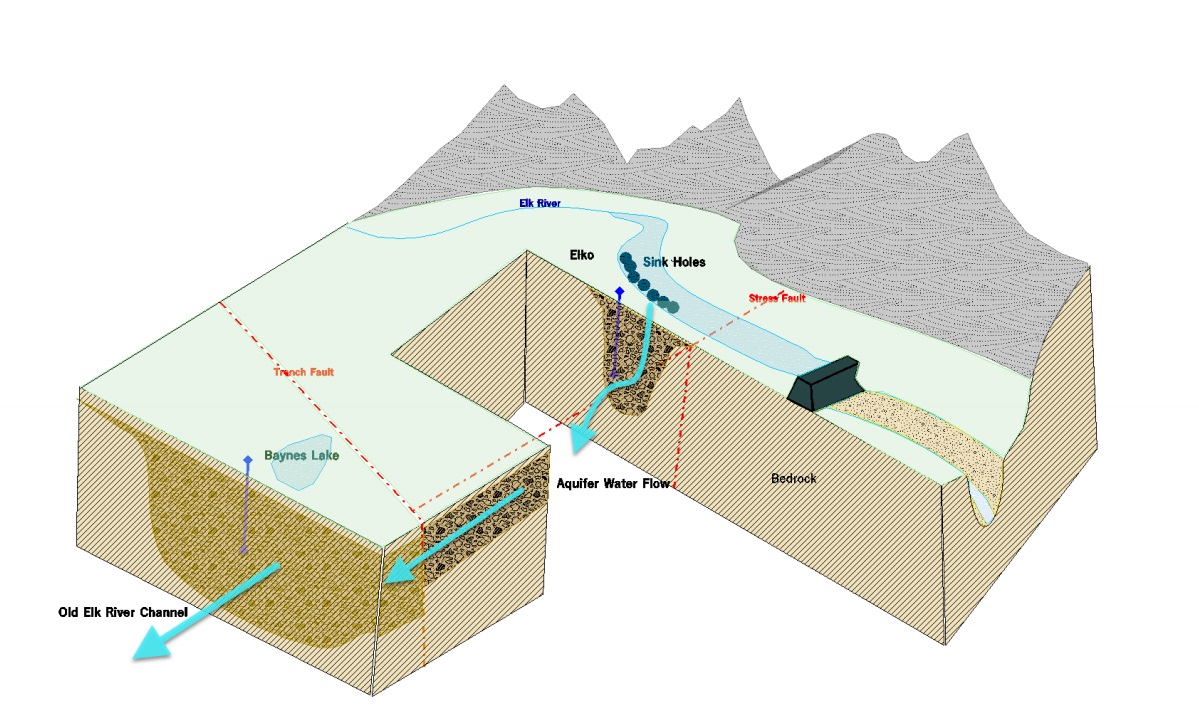 An image showing the water relationship between the Elk River, Elko, and Baynes Lake. (Supplied by RDEK)

“It’s not to the point whether BC Hydro believes these channels exist or not through the aquifer, we know they do if you put water in there, I’ve seen it myself three times they’ve gone dry and BC Hydro has done two studies previously but they weren’t scientifically proven. That’s what we’re on to this time is to scientifically prove the aquifer,” said Doehle. “We’ve got a geologist working with us, we’re doing chemical analysis of the water as we talk. We want to prove it out once and for all and scientifically proven, then there’s no argument that aquifer does exist.”

In the RDEK’s presentation about the issues, they believe their work, alongside historical evidence proves their case, and that action needs to be taken.

“We believe that the historical correlation between the level and path of the Elk River and the water levels in our surrounding lakes and ponds and water wells, combined with the geological evidence, prove that the Elko Head Pond and Sinkholes are the source water for the aquifer that runs through Elko, Baynes Lake and Kikomun Creek Provincial Park.”

Doehle said the issue is widespread from concerns about the community water supply to concerns for wildlife in the kettle ponds, wetlands, Baynes Lake, Surveyors Lake, Engineers Lake and other local water bodies.

“There’s concerns from people’s water in their residential wells, there’s a massive environmental concern for the habitat in the Provincial Park,” added Doehle. “There’s habitat destruction in there so we need to come up with a solution there to repair this.”

Besides the community water supply, there are also concerns the receding water levels are destroying habitat for the endangered Western Painted Turtle, as well as fish and waterfowl populations.

“It’s very time-sensitive because we figure there’s about a three to four-month, it’s an estimate, for the reaction once the sinkholes get wetted, and the water will flow down, there’s 10 kilometres between the dam site and the community of Baynes Lake. We need to recharge that aquifer and that aquifer takes in 20,000 gallons a minute when it’s flowing in, so there’s a lot of water going in there. We have to make sure that we’re recharging that because the overall water table in the Baynes Lake area is down over seven feet.” 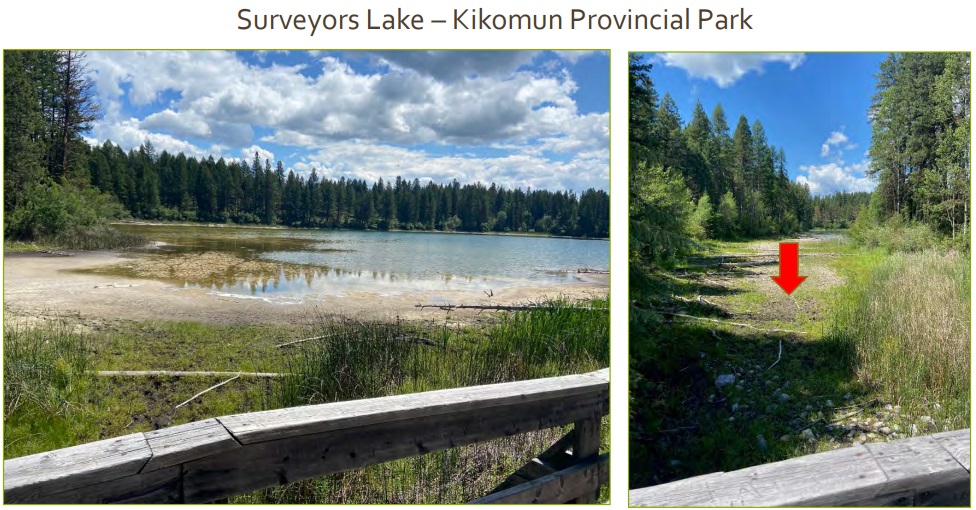 Doehle and Shypitka both recommended that the RDEK Board send a letter to the B.C. Government with three possible solutions to the crisis.

The RDEK Board unanimously approved the motion and a letter is being drafted.

“We’ve sent a message from the regional district to the Minister of Mines, Energy and the Minister of Environment,” said Doehle. “We have to sit down at the table and come up with a resolve on this, it’s imperative. I’ve never heard of a government knowingly running two communities and a unique ecosystem out of water.”

The local residents have also voiced their urgent support for something to be done, as a Change.org petition has garnered over 2,300 signatures at the time of publishing this article.

Working closely alongside Shyptika, Doehle said they are both available anytime to sit down with the B.C. Government to come up with a solution, both a permanent solution or an immediate solution to begin helping restore community water levels.